The last couple of weeks have been quite difficult. Partly due to external circumstances and partly because I’m now 116 days sober, the novelty has worn off, the relief that I managed to GET sober has passed, and the new phase – managing to live sober is underway. The problem with living sober (for me anyway) is managing all the emotions, feelings and experiences that come along, without anything to ‘take the edge off’; no substances to make the stress of day to day existence subside; nothing to pacify the tensions of quotidian routines.

Today however I am feeling extremely cheerful; buoyant, optimistic and positively upbeat. Its the ‘pink cloud’ again, and like the PAWS symptoms I know it wont last, but I’m going to enjoy it and capitalise on it whilst it remains. Despite the 12 step belief that the pink cloud represents a withdrawal from reality and is dangerous to your sobriety, I don’t feel grandiose or unrealistic. I know my problems haven’t gone away – I just feel I can look at them in a more sanguine frame of mind, and perhaps believe that everything ‘will be ok in the end’. In another way to describe today’s mood: I feel able to concentrate on matters within my circle of control, rather than fretting about all those things I cannot alter. 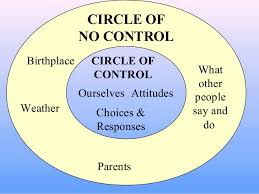 In this mood I dug out my list of ‘why I need to stop drinking’, which I actually wrote about 3 years ago …. and cast my eye over it ( with some trepidation I might add).. It reads like this… and in italics how I think the last 116 days of sobriety have impacted on those things I was worried about.

There are other lists somewhere, but this is the one on my laptop…

Revealing isn’t it…. Actually the real revelation to me is the absence of that ‘impending disaster’ angst… The number of times I used to wake in the night, sweating, heart thumping, head splitting and brain racing … and its gone…..

Pink cloud or no, I think that’s something to be thankful for