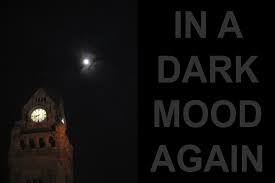 What if I had succeeded in my first attempt to stay sober ?

Today would be day 1,001. Instead I only have 136 days. This is because I am useless. I will fail again. see what I should have achieved? Others could have done that. Its just you,

This is me today. That narky voice in my ear that moves from contemplation of the potential 1000 day celebration, to the critical, to the blaming and personally nasty … I’m in that kind of mood today. Self critical, nothing quite good enough. Irritable.

In this mood I am a FAILURE. As a person, as a mother, a partner, as a daughter, sister, friend, doctor, colleague, employer, blogger and student. Just NOT GOOD ENOUGH.

I’ve kind of got used to these mood swings. If I am honest they are less frequent than they were. These days of intense self loathing come along less often, but the depth of personal chastisement and feeling of displacement is not any less intense.  And  I remain at a loss to deal with them effectively, terminate them, or harness my feelings in any useful way at all. Its almost like a thunderstorm – you just have to wait for it to pass. I have also failed to notice the developing signs, anticipate it, or mitigate it in any way at all.

What I most hate about these black moods is the accompanying feeling of agitation and inability to settle to anything . For the rest of today I will be padding back and forth, fretting about things that need doing, fretting about money, finding fault with everything internally, (I probably wont say anything except perhaps to hapless son No2 who is the only one home at the moment). Nothing will distract me enough to calm me, ‘nice things; like sketching / painting will be dismissed because “there’s no point, I can’t do it”; planning and making lists – which normally soothes me – will seem too much like hard work. Anything useful like cleaning the floor / doing the washing will be angrily rejected.

No, probably what I will do when I get home is sit in a corner of a sofa , fret and seethe until I drag myself off to bed and seek some oblivion in sleep. Mr Lily might ask me what’s wrong and I will glare at him and say ” NOTHING”, even though its perfectly obvious something IS.. But I am quite unable to articulate the depth of despair that is gnawing at the bottom of my soul and the chasm of anxiety/agitation/irritation that opens up on days like that.

Sometimes I think THIS is why I drank. To get rid of THIS. But its not. I know that drinking WOULD get rid of THIS (at least for today) but It wouldn’t solve any other issues,and THIS would return tomorrow.

Today, actually NOW as I am writing this post, I am wondering if THIS mood is actually the clarity I spend a long time trying to avoid. If it actually comes along when I can no longer ignore the internal debate.

Naturally I’m an optimist, and reasonably good tempered, I also ignore things I don’t want to face. Demands I don’t want to make. Ultimatums I don’t want to issue or confront, or even think about. Things I want so desperately, from other people, but feel I, little worthless me, has no right to ask for or expect. Then a little defiant voice inside says ” why NOT you?” Why DON’T you deserve these things ? Why should you settle for things that make you unhappy ? (I’ve coloured my little inside voice orange, for no reason other than that I like it) Things I don’t have explanations for despite asking for them. Perhaps this mood comes from the recognition that I’m tired of having MY FEELINGS and needs treated as less important that everyone else’s, and fed up of just giving way to it for an easy life….

Maybe this black horrible mood comes from recognizing that I stuff down my anger and resentment and frustration for an easy life.

Maybe if I look at it that way, at least some of THIS mood is both understandable and predicable. Still no idea how to deal with it. These are the habits of a life time