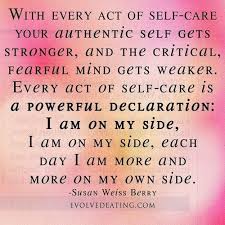 As the time since the ending of my last relationship increases, and the emotional carnage left behind is partially healed,I begun to wonder, “will I be alone for ever?”

I started using the ‘bumble’ dating app for a while a few months ago, but though I had a couple of dates I quite quickly realised I had neither the energy nor the appetite for dating at that particular time. I deleted the app and carried on.

Despite the apparent ‘failure’ of this experiment, it taught me a couple of interesting lessons:

Maybe because I’m still an optimist by nature. Maybe I still believe, or hope , that it’s possible for life to be enhanced by a partner – that someone loving you could be a positive rather than a sad, soul destroying descent into miserable, aching sadness. I do see it around me. I see couples who have weathered difficult times and come out together stronger- at least that’s how it looks to me from the outside. Certainly they have been together for many years.

I don’t lack companionship. I’m not lonely (any more) I have some great friends, a job which involves a lot of contact with others, a family and other more superficial acquaintances I can spend time with should I feel the need. I don’t even really feel the need for a partner to confide in – right now I can’t imagine trusting anyone’s advice more than that of K or my brother (female and male input) or my close sober sister (for those bits) …. I have Angela to pose the difficult questions at me , ….

If I think about it, it’s the future alone I don’t really fancy. When the kids have grown and left home – when I have retired, so less / no daily contact with colleagues … or maybe that special person for whom I would be the number one – as they would be for me ?

I think I’m in a much better position to chose wisely now. The last two relationships I embarked upon were both driven by psychological needs that I was only partially aware of. From a place where I am A) sober and b) painfully wiser , I think I could make a better choice – as long as I’m careful, listen to my gut instincts and am honest with myself .