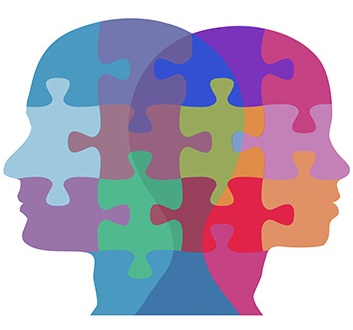 Most of you will know that I have been in personal therapy for the last 16 months. When I made the decision to end my relationship I knew I would need help. To stay true to my innermost feelings and not crumple and take him back, as I had done so often before.

I didn’t consciously know that there was lots of other “stuff” that I needed to work through, although I sort of did – after all you don’t usually end up with a wreckage of a personal life if you are a fully psychologically healthy person.

I have done ‘therapy’ before; most notably with my ex husband when it was clear our marriage was in huge trouble. I am now thinking that part of the reason it didn’t really ‘click’ before was because a) I was still drinking and b) I was not able to be fully honest.

Obviously if one keeps back “unacceptable” thoughts and feelings, one shouldn’t really be surprised if no significant progress is made. Its only now that I realise that this is exactly what i did. The keeping back thoughts that I had internally, perhaps in a bid to be seen as ‘normal’ or ‘nice’ simply led to the therapist not being able to do her /his job properly and help me to reflect on what I was feeling. On reflection I think it would have been hard for me to share , partly because I was drinking every day to numb the difficult feelings, partly because I knew that airing them (and subsequently reflecting on them) would have meant that I would have been unable to continue as I was, and it was too hard to contemplate change. I was only this time, once I had ALREADY made the changes that i knew I had to, that I have been able to open up the deeper thoughts, insecurities and anxieties.

Ive been thinking about WHY I found it so hard to contemplate leaving my marriage and then my relationship with exP. It was perfectly obvious that both relationships were dead, neither man was prepared to do anything to compromise and both treated me very badly indeed. In both cases I left it far too long, in the hope that things would change, in both cases I accepted things that I should not have, because they were extremely detrimental to my self esteem, unhealthy for my children and made me utterly wretched.

With my marriage, its perhaps easier to understand why I tried so hard. We had children together, our finances were linked, our relationship legally formalised. I made vows in church, which I took very seriously and believed in –  I think I upheld my side of the bargain. At times I really struggled with the fact that I had made those vows, but chose to end the marriage – I was hugely helped by friends who reminded me that HE did not uphold his end of the bargain (love, honour and cherish ?) and that a marriage made under false pretenses falls under Catholic doctrine as capable of annulment. Addiction in one partner is a grounds for annulment and although I am not Catholic, I find this comforting – that even the very strict Catholic Church doesn’t hold you to your vows in these circumstances. No such thing exists in the Church of England, and anyway I’m not sure about the status of the children if I went this route, but morally it makes me feel better. I also know I tried as hard as I could, but in the end there was no respect and no trust left, and without trust and respect there is no marriage.

So, what of this therapy?I have realised in the last few weeks, that this is the place why I at LAST feel able to be completely honest. Its taken time. I liked Angela enormously immediately and her warmth and compassion made me feel accepted, but I have realised that it extends further than that; Instinctively I knew i wanted a woman therapist, my own age or older, who had experience and could ‘hold’ my emotions. I do this myself for so many of my patents, offer a non judgemental space, but I hadn’t consciously realised I was looking for this myself.

It feels like I can ‘test’ just being me in the therapist’s room. Not censoring what I say, not keeping stuff back and presenting only the acceptable face – but what I REALLY feel. Because Angela doesn’t critisise, or tell me I ‘shouldn’t’ feel or do as I have felt /done, indeed she indicates that my feelings and actions are OK, I find it hugely validating. All my adult life I have felt that I am ‘wanting’, not good enough, have messed up, could do better, make stupid decisions… and now someone older, wiser and a person I respect is telling me that actually I’m OK. And, most importantly, shes telling me I am OK despite all the things I have done….

My sober sister has this function for me in relation to my drinking. Because she is just like me, a woman with kids who has a responsible high powered career, and drank like me – too much, but not so that she lost her job / family. We have laughed and metaphorically cried together about stupid scary things we did when drunk – and I know I don’t have to hide anything from her because she gets it.

It reminds me of my youngest son, aged about 6, saying to me “Mummy, you know everyone thinks I’m nice and helpful at school? I’m not really, inside I have lots of nasty thoughts’ – My job that day was to explain to my little boy that its ok to feel how you feel …

And now I think I have that space for me. It took well over a year before I could say I completely trusted Angela, not that i was not honest, but just that there was probably some reserve in my heart about saying things – I think I was expecting to be judged, pointed in the right direction, chastised, reminded that x or y was a BAD idea… essentially ‘rejected’ ..is this expecting the same reaction I get from my mother ? or from my ‘critical monkey on my shoulder’ my own inner (harsh) critic …

A lot to think about. Not least that writing this has made me cry …