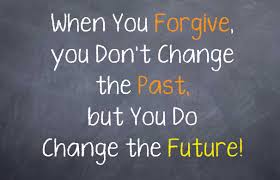 Some months ago, I wrote about me struggle to ‘forgive’ myself for past mistakes. If you are interested you can read it here.

Over the last few days a couple of things have happened that caused me to revisit this topic in my thoughts.  I moved a camera memory disc from an old camera that I am intending to give to Son1 and cleaned the pictures off. Up came a lot of photographs from the last holiday that I went on with my ExP. We broke up the day after we returned from that holiday.

The photographs show a couple who appear to be in love. No hint of my mental turmoil and stress is captured in the photographs, in fact some of them are very good photos of me. But I know I was in turmoil. I’ve read my posts on this blog from that time here here and particularly here. I was absolutely, utterly wretched and desperate. More of this in a minute.

Last Summer I felt quite badly let down by my two business partners. I was very upset because I felt they had made me look ridiculous and as though I was promising things I could not deliver. I felt they had damaged my integrity and professional position in my community. In the past, when things have happened like this I have not allowed my annoyance to show, but inwardly seethed over it . This time, unconsciously, I behaved differently.

I challenged them about their actions.

Not aggressively, but in a straightforward and honest way. I explained how I felt and why. Although initially they were rather defensive, they both later apologised. I would like to say I instantly forgave them: I didn’t, but I have now reflected on the whole incident and acknowledged that I may not have been as clear to them as I had thought about my plans, and that misunderstanding rather than deliberate and willful undermining may have been the underlying cause of the problem.

Yesterday, looking at the photographs of me with my exP, I realised that somewhere, somehow, things have shifted. From being very intensely tied in the emotional fall out of our relationship I feel oddly detached. I can loom at him, think of him with less emotion. The anger is fading, I care much less. I can accept that my life and his have diverged and that we will not be together in the future, because that’s not what I want. That shift from @we wont be together because he is unkind to my children/ doesn’t earn any money/ wont talk to me etc etc’ which implied that if there things were no longer the case we might be… has shifted to ‘we wont be together because I don’t want to be’ And I don’t want to be because he is the wrong partner for me. simple.