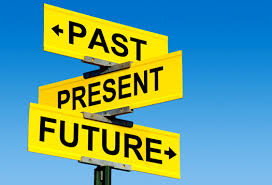 I’ve been ‘in therapy’ for 18 months now. Almost every week I see Angela and pick apart some aspect of my life and troubles that has been particularly bothering me.

We have reviewed in detail my marriage, my relationship with ExP, my family life and my experiences as a child. I think Angela identified very early my crippling low self esteem and vulnerability that led me to form relationships with men who were not able to treat me as I deserve,  leading to anger, resentment and ultimately to the breakdown of both relationships. We looked at the unconscious drivers that led me to start these relationships and the hidden anxieties and self perceptions that prevented me from recognizing how very destructive they were for me.

We have explored the role that alcohol played in my life, from very early on, the role of blotting out difficult emotions and paradoxically increasing my self loathing and despair

We have examined the presence of of shame and the deep feelings of inadequacy and self contempt that have been so prominent in my view of myself, cutting me off from true communication and further isolating me from people who care and can support me.

When I review my progress, I can see that I’ve come a long way. I have come to terms with many things I thought I could not – and ditched a lot (not all, but a lot) of the shame and self disgust I have been struggling with for so long. I can view myself as forgivable for the mistakes I have made, learn from them and move on – leaving them in the past.

In the past few week I have made enormous strides in recognizing and feeling that the chapter of my life that included my exPartner is now closed. I no longer yearn for it, nor view my intense, profound love for him as something I will miss forever. I can see this relationship more in the context of my whole life, as an episode, not one that must define me in the future. I can clearly see how I was deluded into thinking that he was ‘the one’ and how sad and unhappy I became trying to hold it all together. I’m not so angry with him for failing to listen to me, nor for doing what he though was best for my children. I can’t summon up that intense emotion any longer – he’s just someone I used to know; like others, in the past. This has happened very slowly, I’ve inched my way along this path, not really believing I would ever get over the loss, but somehow, with help, support and a lot of talking with non judgmental loving friends and the encouragement of my therapist, I seem to have got there. It’s what I have known MUST happen – the absence of strong emotion is what defines the recovery from a failed relationship, but I had no faith I could actually achieve this.

I feel ready to move on. Not into another relationship, but on with my life, alone (but not alone in all the ways that matter right now). On with being the best mother I can, on with shaping my career as I want it to go, on with developing my interests and future.

Hate is not the opposite of love, hate and anger are just the flip side of love, part of the same spectrum. Feeling hate/ distress/ anger only shows that a person still has the power to stir you, to touch the core of your self worth and emotional center. Indifference, allowing oneself to let go of bitterness, sadness and anger, is what happens when a failed relationship is allowed to die.

I have nothing to be ashamed about really.

I loved him more than I have ever loved another man, more than I had ever experienced, but I look back and reflect that I loved an illusion, a person I wanted him to be, perhaps the person he presented himself as; not the real person. And I’m past blaming myself for this, I was so vulnerable when I met him, so utterly unsure of myself, afraid, emotionally battered by my ex-husbands drug abuse and cruelty to me and the children. I never allowed myself to feel the intense sadness that my marriage had failed because I was so angry with my ex-husband for ruining the hopes and dreams I had had for a happy marriage and family. In this state of extreme emotional distress, whilst having to hold everything together for my children, having to work full time, having to fight for my home and all I have striven for, I’m actually not surprised I fell head over heels for a (seemingly) strong protector.

Could I have done differently ? Yes, of course. Perhaps if I had sought some personal therapy earlier, perhaps if I had been less afraid of being judged I would have spoken earlier about the things about him that bothered me. But perhaps not. Perhaps all that happened needed to happen, perhaps I was just not ready to face all the things I have had to face, before this time. Certainly I’m pretty sure that if I had not stopped drinking I could not have done this, undoubtedly correct, thing.

And of course, I HAD stopped drinking for several months a couple of years earlier. Did I start drinking again because I felt unable to take the next inevitable step (ending my relationship) at that time? Not consciously, but maybe …

I think all that matters now is that I did it. Eventually I ended it, eventually I recognised that although I loved him still, he could not be what I needed and deserved. For whatever reasons, that don’t really matter now, however much we loved one another (and I do believe he loved me also) we could not reconcile our differences, and are better off apart (At least I am)

The journey is not over yet. Perhaps it never is, I know now that I must embark on altering the relationship I have with my mother. It stresses me and makes me very unhappy. I know that I cannot change anyone else, I can only change myself, my reactions to her, my attitude to her. This will not be easy, but from a place of a bit more self belief and self esteem I am starting to realise that she is NOT always right. That just because she thinks, or believes something about me, this does not make it true.

From that place will come. I hope, the capacity to shrug off her comments, her negativity her criticism and disapproval. If I can believe that I am a good enough person, a good enough mother, doctor, friend – a good enough daughter .. then I think it will happen.

At least I hope so.