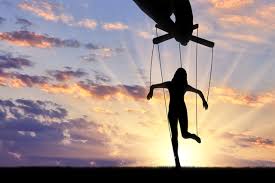 Writing about being blocked yesterday, seems to have let some stuff go and I completed, to some degree, the ‘stuck’ posts yesterday. This, and what I’m planning to post tomorrow, strike me as the two major themes right now.

This is quite a hard post to write for two reasons. Firstly because I must be careful to maintain the anonymity of my patient, and second because this episode has reinforced to me a) how fragile my sense of self is, b) how heavily I rely on my work and ‘being good at my job’ for self esteem, c) how hard I find it to self validate – feel ‘good enough’, d) and how difficult it is for me to assess what is a proportionate reaction to something ‘wrong’.

So, in a nutshell, and having changed some details to protect anonymity. I have been the GP for a patient with mental health problems for many years. About 18 years in fact. This person is a health care professional which is relevant because a) their area of specialisation means that they have greater specialist knowledge about some aspects of their illness than I, as a family practitioner, do,  and b) I think we tend to accord colleagues a higher degree of autonomy over decisions regarding their health care than we would to a member of the lay public. Over the last 18 years I have gone above and beyond in my support of and care for this person. (is this a problem in itself?) I’m going to specify gender, because I hope it makes it clear (given that I am straight) there is no hidden sexual motive in my kindness.

I think its fair to say that there have been a number of problems between this person and their treating specialists over the years. Frequent changes of Consultant and clashes with many of them. Its not easy being a patient, and I have had some sympathy with this. I have seen her very often, sometimes twice a week and tried my best to be non judgmental, collaborative and sympathetic to her difficulties. At times I have been asked to prescribe treatment slightly different to what the Consultant has recommended and I have (unfortunately in retrospect) agreed to this. Partly because the patient will do it anyway, partly to maintain a positive relationship and partly because as I said, I have tried to be the patients advocate. Nothing I have done has been strictly ‘wrong’ and no boundaries have been overtly crossed, but subtly they have been eroded; for example, she calls me by my given name ; she has my (work) email address, I have booked appointments for her myself, I almost always see her for longer than the routine 10 minute consultation – all privileges I would grant as a matter of course to a colleague, but not to a patient.

Last week she asked me for a medication to treat a (new, physical) condition for which she had been seeing a specialist. The request was for  dose considerably higher than is usually prescribed. I asked specifically if this dose of medication had been recommended by the Consultant they had seen, and was told that it had been. I prescribed. This is something we never usually do until and unless we have seen written conformation of the dosage from the treating specialist. Again I stepped outside my usual practice because this person is a “colleague”.

Unfortunately, when the hospital letter arrived I discovered the specialist had in fact recommended a different treatment regime and the patient had lied to me, to get what she wanted based on her independent research.

I am beyond upset. I’m angry & agitated, I feel guilty and ashamed.  I don’t know if this is reasonable or if I am overreacting to a stimulus that has poked me where I’m vulnerable.

I’ve been wrestling with my emotions surrounding this for more than a week now. I talked about it in therapy last week, I contacted a close friend H who is a psychiatrist to share my shame, and felt supported and validated by doing so. I contacted both the treating consultants of the patient to explain what had happened and to suggest a professionals meeting to try and work out the best course of action. I ranted on a closed GP forum of which I am a member. I’ve tried to de-escalate my emotional response, but a week later I’m still agitated, not sleeping well and I can’t seem to let it go.

So, what is this about?

I’m trying to deconstruct it a bit, honestly…

Lastly, I’m struggling to work out what is a proportionate response to this, one that another doctor would make in the same circumstances. On one hand I want to refuse to see her any more, hand the problem over, deregister her from my list, refer her to a regulatory body – (I know this last is an overreaction) on the other I think maybe its not that bad, that its not a drug of abuse, that she’s worried and maybe others would do the same.

Im trying to self care. I have reached out to people I can share this with, I’ve talked to Angela about it, and unusually I also emailed her between sessions, I’ve shared, ranted, cogitated and reflected …. and  I just can’t seem to get peace with it, or come to a point of stability.

The bottom line is of course, that the problem is not HER but ME. I’m over invested and over sensitive … and I really do NOT know why. You might theorise that I’m so fucking arrogant I can’t cope with rejection (of my ideas / my care) ; that I NEED to be right. That its devastating to my fragile but puffed up ego to be manipulated like everyone else when I have tried so fucking hard. That I believe I’m ‘better’ than everyone else – at my job- and this proves I’m not ….

All i know is that I’m bothered, agitated and not settled  and it reminds me, not in a good way, of my drinking days ….

Maybe this will help !