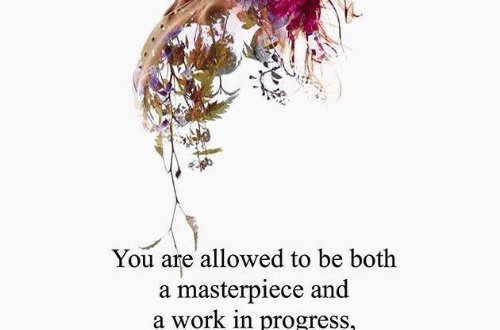 I’m quite enjoying this process. Not to be mistaken with “its easy.” Its definitely not easy, but after months and months of lassitude and ennui, the feeling that I’m moving forward, and doing something positive for myself is quite enervating and encouraging.

S (for sponsor) contacted me after she read my blog post. Its interesting that I hadn’t contacted her first, and I realised that, although I talked the situation through with Angela my therapist (because I knew I needed to talk my decision making through and reflect on both my boundaries and my motivations) , I haven’t yet added S to my list of ‘supporters’ that I could call for something like this. Of course she is exactly who I SHOULD call ! Anyway, she talked it through with me and we considered the situation as it impacts on me. It was interesting and very useful to hear the thoughts of a more sober alcoholic, and her words of caution. She was also able to recognise the things that I KNOW intellectually, but don’t ‘feel’ yet.

We also talked about the stuff I have been doing for Step One. I have heard several times the adage that a ‘solid step one’ is the key to a solid sustainable recovery, and as that is what I desperately want, I’m willing to put my heart and soul into anything that will help.

Indeed ouch. The more and longer I think about the stuff, the longer the list gets, If I needed reminding why I dont drink any longer a quick whizz through this list would remind me, I think thats sort of the point.

As well as highlighting the unmanageability of my life as a result of drinking, these questions and inventories have also thrown up the other ‘addictions’ in my life – spending and eating (and ye complete unmanageability of either of these) and also the huge spectre of my codependency and /or ‘love and relationship” addiction. These last two have actually made my life a fuck of a lot more unmanageable than alcohol, spending or eating and have caused much more pain to others.I  have felt more powerless to fix the rot in my life caused by toxic relationships that I have ever felt over alcohol.

This was all quite depressing and rather overwhelming until I realised that the chaos was there whether I faced up to it or not, that acknowledging it does not make it ‘worse’ and that only by facing it, and maybe taking a kind of 12 step programme approach to all these other issues, do I have any hope of sorting myself out.

Still looks bloody daunting. And tiring. But I WANT peace, serenity and inner strength, and I will just do what I have to do to get it.

Whatever comes next, I remain certain that stopping drinking was the first step down the path, and that this journey could not have begun until I stopped drinking and got some decent sobriety under my belt. So for now, I’ll settle for being a rather fragile work in progress, keep the faith and just keep going.

PS for anyone who is interested, X is doing ok. Early days, but I took over the detox when she was discharged from hospital (because she agreed to my stringent supervision terms) and so far, she’s doing ok.