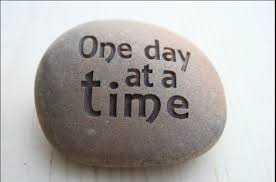 The possibility of relapse is something that really scares me. I know the stats; at best only 30% of people who decide to quit drinking will make it to 12 months still sober. And of those only about 35 % will remain sober at 5 years. The message is clear: stopping drinking is the easy part – its maintaining sobriety which is hard.

This scares me for several reasons.

Now I do know that relapse is NOT a random act, that I would actually have to take an alcoholic drink to my lips and swallow it, and I and only I have control over this act. Its also pretty clear to me that I do not want to relapse, so why on earth am I worried?

I think its because I am aware how easily the little voice, the ‘wine witch’ creeps into your head, convincing you that just one won’t hurt, just tonight, on this special occasion, in this special place, It would be ok to have a drink. I’ve convinced myself of this SO many times in the past that I am concerned that my resolve will slip when I am least expecting it

I do also know that one small slip does not necessarily mean all is lost, but I am afraid that for me, with my rather all or nothing perfectionism, it would trigger a ‘fuck it’ attitude and a consequent lengthy binge… (see point 1 above)

so what can I do about this?.. prevention being better than cure…

I’ve been doing a bit of research. The predictive factors that make a person more likely to be successful in quitting alcohol include being a woman, being over the age of 40 and having a spouse. That’s me then ! Its is also true that medical practitioners tend to do well once they commit to sobriety. The Royal College of psychiatrists  paper about substance addiction in doctors, states that figures from North America suggest that 80–90% of doctors in treatment do well over 1–5 years. That’s significantly better than the general population…

What have I done to guard myself against relapse ?

Any other ideas anyone else employs ?